A while ago, we at Fullstaq started the Fullstaq Ruby project: a Ruby distribution that’s optimized for server use cases. Compared to normal MRI Ruby, Fullstaq Ruby uses 50% less memory, is faster, and is easier to install and security-patch because of RPM and DEB packages.

Since I announced Fullstaq Ruby on EuRuKo 2019, I have received many questions about Fullstaq Ruby’s vision, purpose and nature:

In other words, people are wondering: “how do I know this is, and stays, a real thing that I can count on?”

These are legit questions! As the author of Passenger and Ruby Enterprise Edition, I’ve experienced first-hand what the challanges are of building a healthy open source project. In this post, I will describe my vision on this matter.

We want to achieve this through several pillars.

You can see these pillars in action through the fact that the build system, website, roadmap, and infrastructure are all open source and available on Github. We welcome discussions and pull requests.

But note that we’re not there yet. For example there isn’t a lot of contributor documentation yet. Check out our roadmap to track our progress.

Fullstaq is all about community

Even though we are the founders of this project, we do not intend on being the only developers of Fullstaq Ruby. From the beginning, we intend for Fullstaq Ruby to be a community project.

We will soon be recruiting core maintainers from the community. Right now we are working on establishing a good organizational structure, by ensuring that the proper automation, documentation and processes are in place.

With a proper environment that allows anyone to contribute and to join as a core maintainer, we increase the likelihood that the Fullstaq Ruby project stays healthy.

Fullstaq Ruby is not commercial

There are no monetization plans. There will be no paid version.

Fullstaq’s main business model is consultancy, training and managed services in the area of cloud native technologies and DevOps. Their mission is to help startups and SMBs to succeed in the cloud native way of working, which is why we are sponsoring this project.

We’ve all seen it: some gem you use becomes unmaintained, and now you have to wonder what to do with that. Nobody’s waiting for such a scenario, no matter how easy it is to fork the project and to take over maintenance.

The answer is two-fold:

Some optimizations are not even fully understood: for example Jemalloc 3 yields memory savings but Jemalloc 5 does not. The cause is still unknown; I hope to research this further in the future.

At EuRuKo 2019, I spoke with Ruby’s creator as well as a Ruby core developer, namely Yukihiro Matsumoto and Yuske Endoh. Matsumoto told me that, as the author of a language, he should take care of all of his users. This is one the reasons why the Ruby core team is hesitant to integrate Jemalloc. The other reason is because (as mentioned above) Jemalloc’s operation is not fully understood. 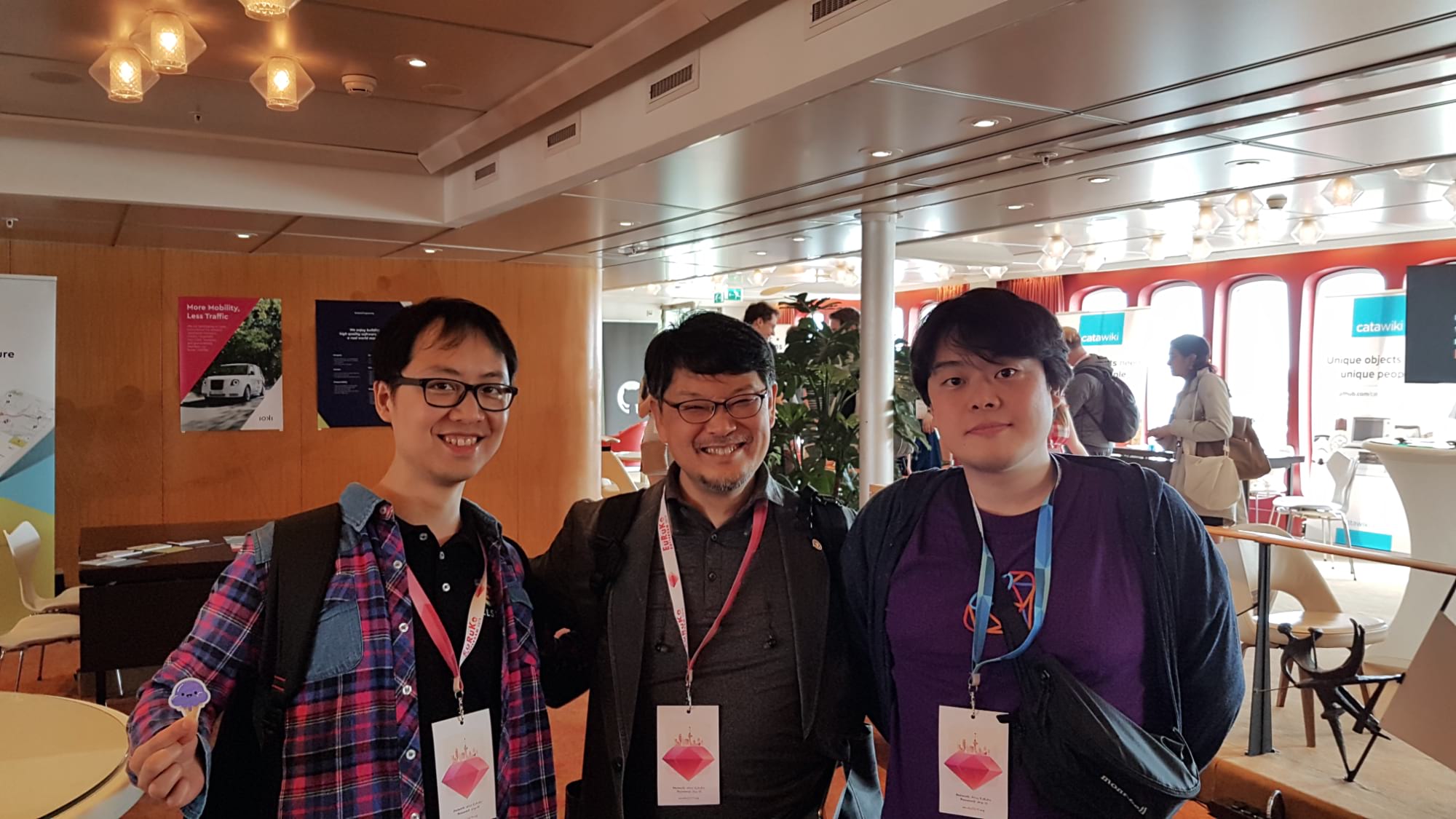 I have a lot of respect for Matsumoto’s position. Having said that, the server use case is an important one. Plus, one does not have to fully understand a phenomenon in order to benefit from it. For example scientists still don’t know why a bike does not fall over when moving. The benefits are so clear, I want as many server users to be able to benefit as possible.

There is also the aspect of security patching. Currently the Ruby core team does not provide any binaries, only sources. In this day and age, fewer and fewer people are comfortable with compiling software. Linux distributions always lag behind the source releases. I think there is a need for Ruby binary packages that are always up-to-date with the source releases.

But packaging is a whole different discipline, very distinct from developing a programming language. It is a very different kind of work from the work that the Ruby core developers currently do.

Towards a brighter future

How might we solve all of the issues described in the previous section? I think that that opinionated and specialized concerns do not have to be taken care of by the Ruby core team. There’s nothing wrong with such concerns being taken care of by a separate project. The only dangers are:

So clearly, for a separate project to succeed, it should work closely with the Ruby core team. There should also be a degree of official blessing.

Ubuntu Flavors might be a good example of such a concept in action. Ubuntu is based in the GNOME desktop environment, but there are separate projects (flavors) that use KDE (Kubuntu) and XFCE (Xubuntu) as the desktop environment.

Please send me a tweet or an email and let me know what you think.